Ranked choice voting (sometimes referred to as instant runoff voting) is a method of voting in which instead of voting for a single candidate, the voter ranks candidates on the ballot in order of preference – first, second, third, and so on.

If a candidate gets more than half of all first-choice votes, they win just as in any other election.

If no candidate gets a majority, the candidate with the fewest votes is eliminated and voters who picked that candidate as "number 1" will have their votes count for their "number 2". This process repeats until a candidate wins with more than half of the remaining votes, thus serving as a series of virtual runoffs ("virtual" because voting takes place once and "runoffs" occur in the tallying process). 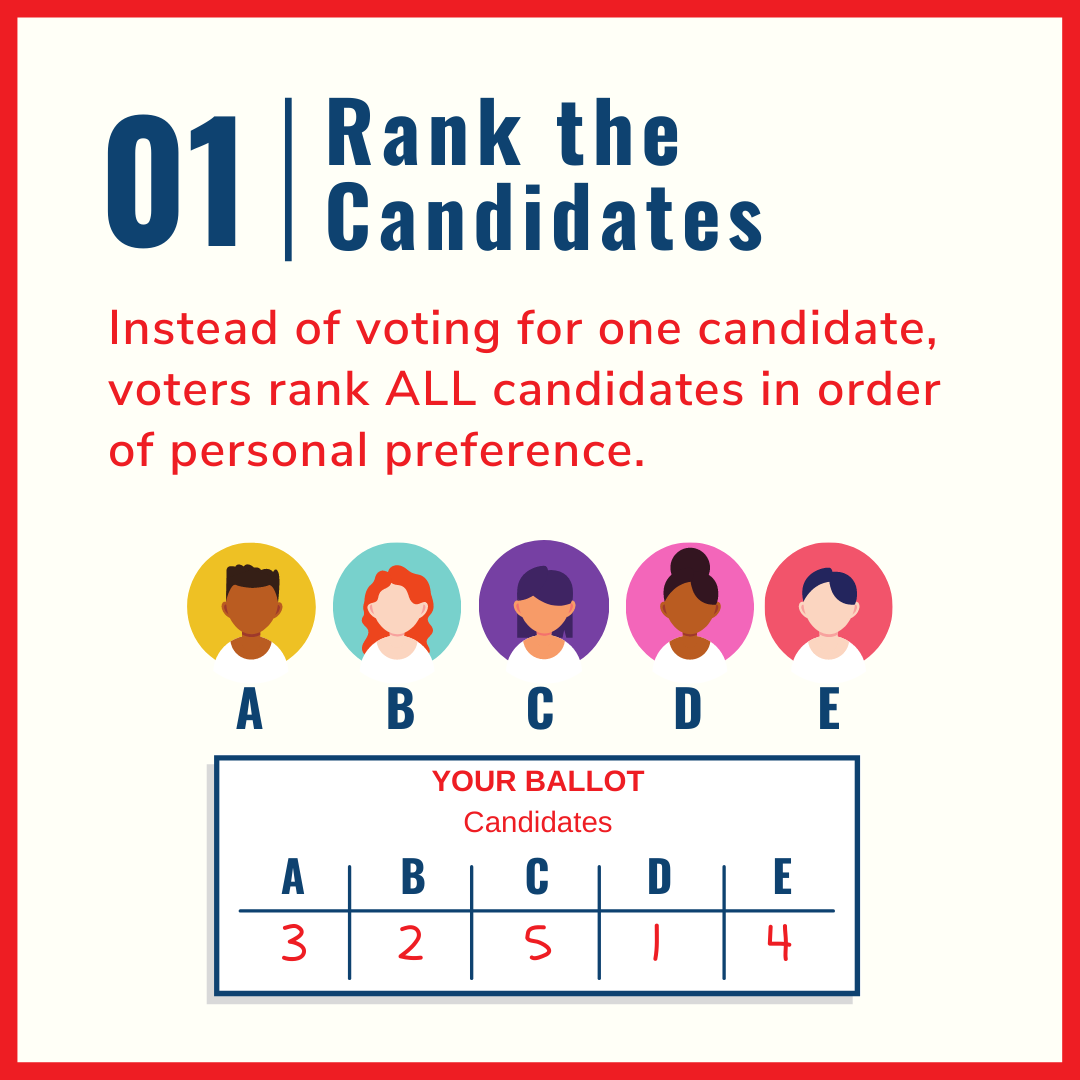 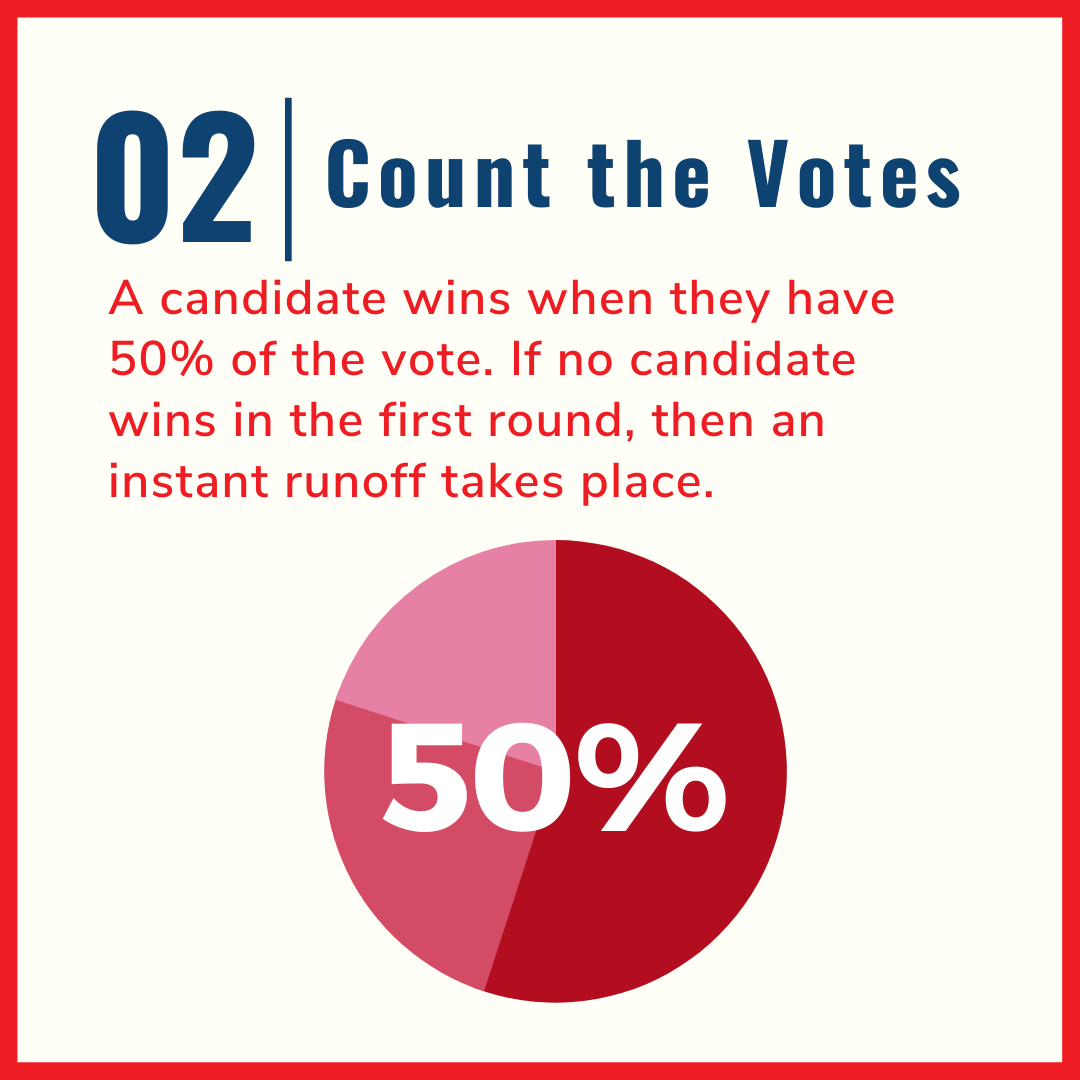 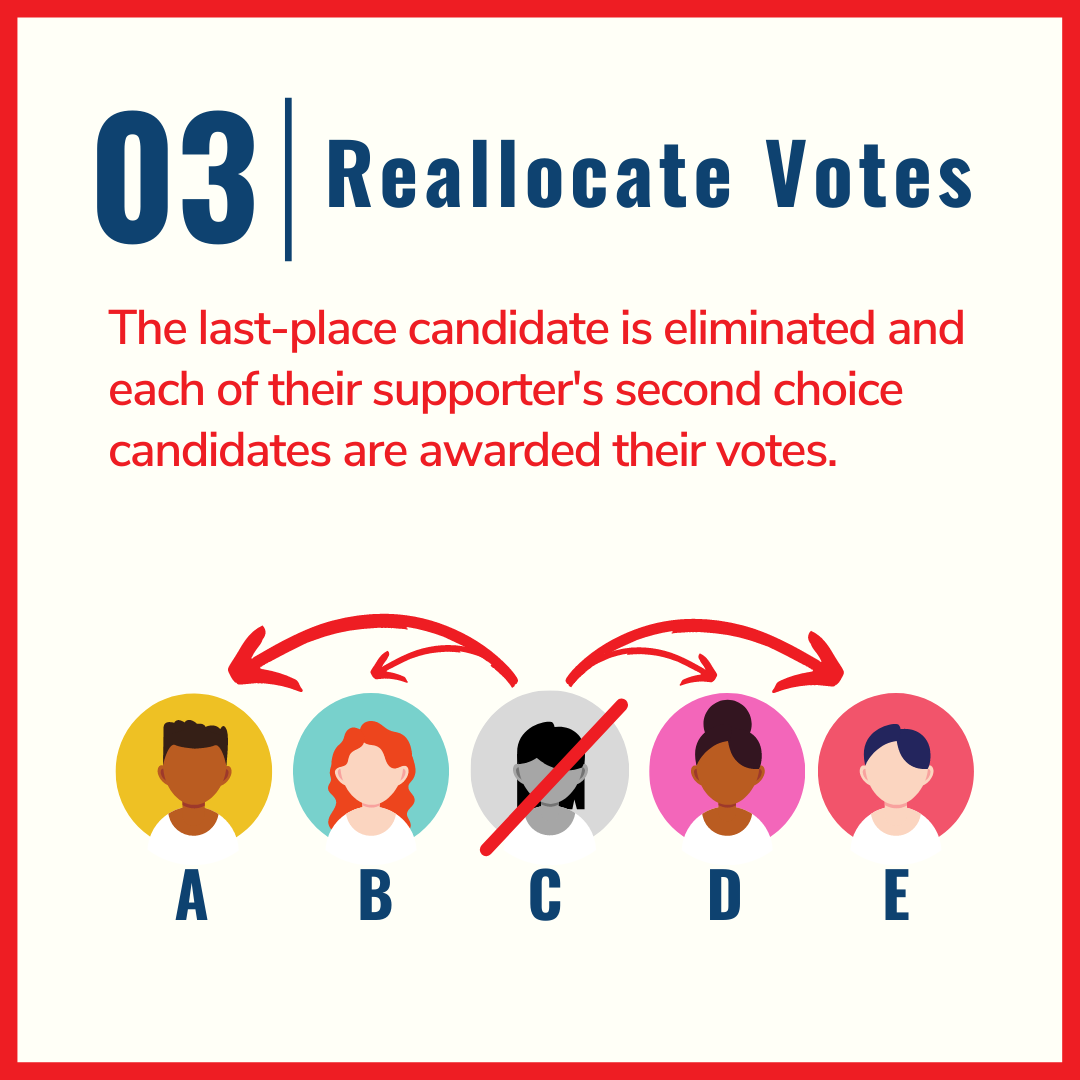 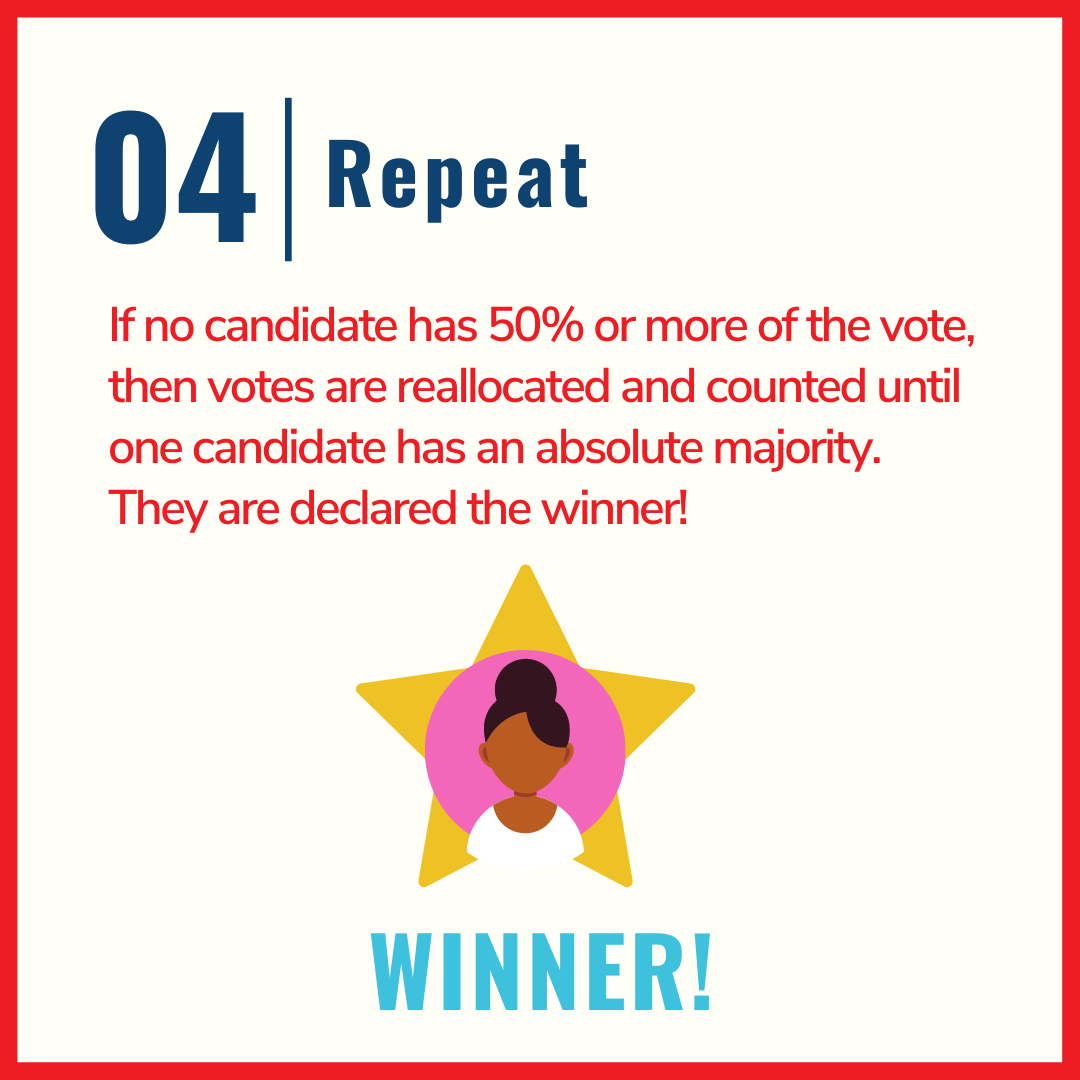 This method gives voters more choice by eliminating the fear of wasting your vote on someone who can't win. It also avoids the problem of similar candidates splitting the vote and enabling someone to win whom a majority does not support.

Watch out these video to learn more:

Want to Try Out RCV?

You can vote in a ranked choice election now using a free app called Rankit. You can create your own poll on the RankIt.vote website or you can participate in any or all of the following polls. You can view the results to date after casting your ballot, and see how the instant runoff process works to arrive at a majority winner.

You can also create your own polls with Rankit and share with friends and family!