Making the change to Ranked Choice Voting will do two powerful things:

To win an election using RCV, candidates must earn over 50% (a majority) of the vote. Currently in Texas general elections for statewide offices and for legislative seats both in Texas and Congress, the candidate who receives the most votes (a plurality) wins, even if that is less that a majority. However, for party primaries and special elections, the winner must receive a majority. This often means the two candidates who received the most votes advance to a separate runoff at a future date. Runoff elections are costly and are often very low turnout, so the final determination of a winner is usually made by a small group of voters.

This saves time and money, and more voters are involved. Because of how RCV counts the votes, the runoff occurs instantly.  Since voters ranked their preferred candidates, there is no need to wait for a second election. The winner can be known without a long delay. No extra trip to the polls or costly additional election is needed, and everyone who voted in the election participates in the instant runoff. 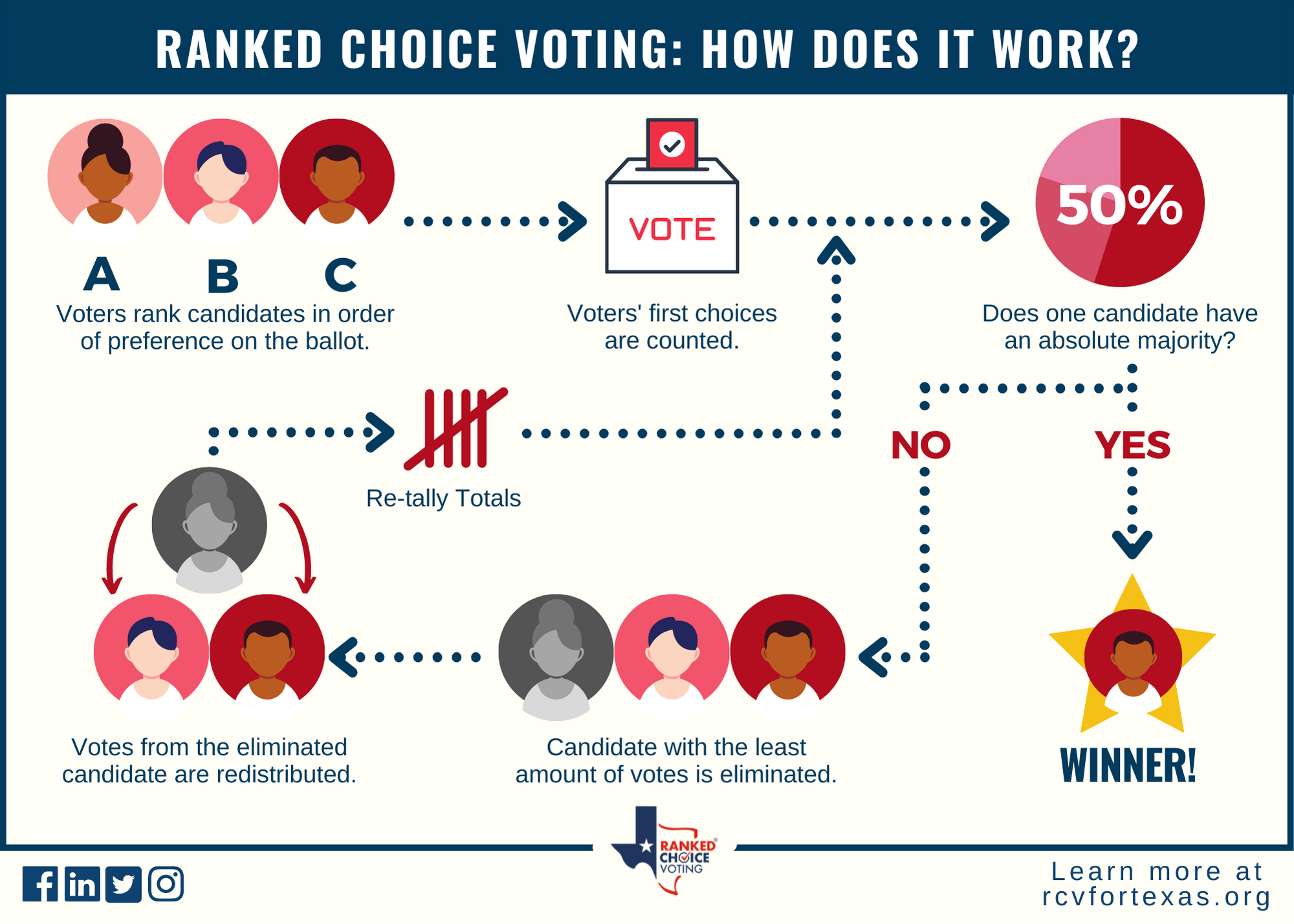 Watch These Videos to Learn More

‘How does ranked-choice voting work?’ by Minnesota Public Radio News