Where is Ranked Choice Voting used?

RCV is used throughout the state of Maine, at local option in cities in Utah, Colorado and Virginia, and in multiple other U.S. cities. It was most recently implemented in New York City and was approved and will soon be implemented in Alaska and additional U.S. cities. It is also used in countries around the world. In 2020, it was used in five states for the Democratic presidential primary. It is used by various state Republican and Democratic party organizations for their internal elections. 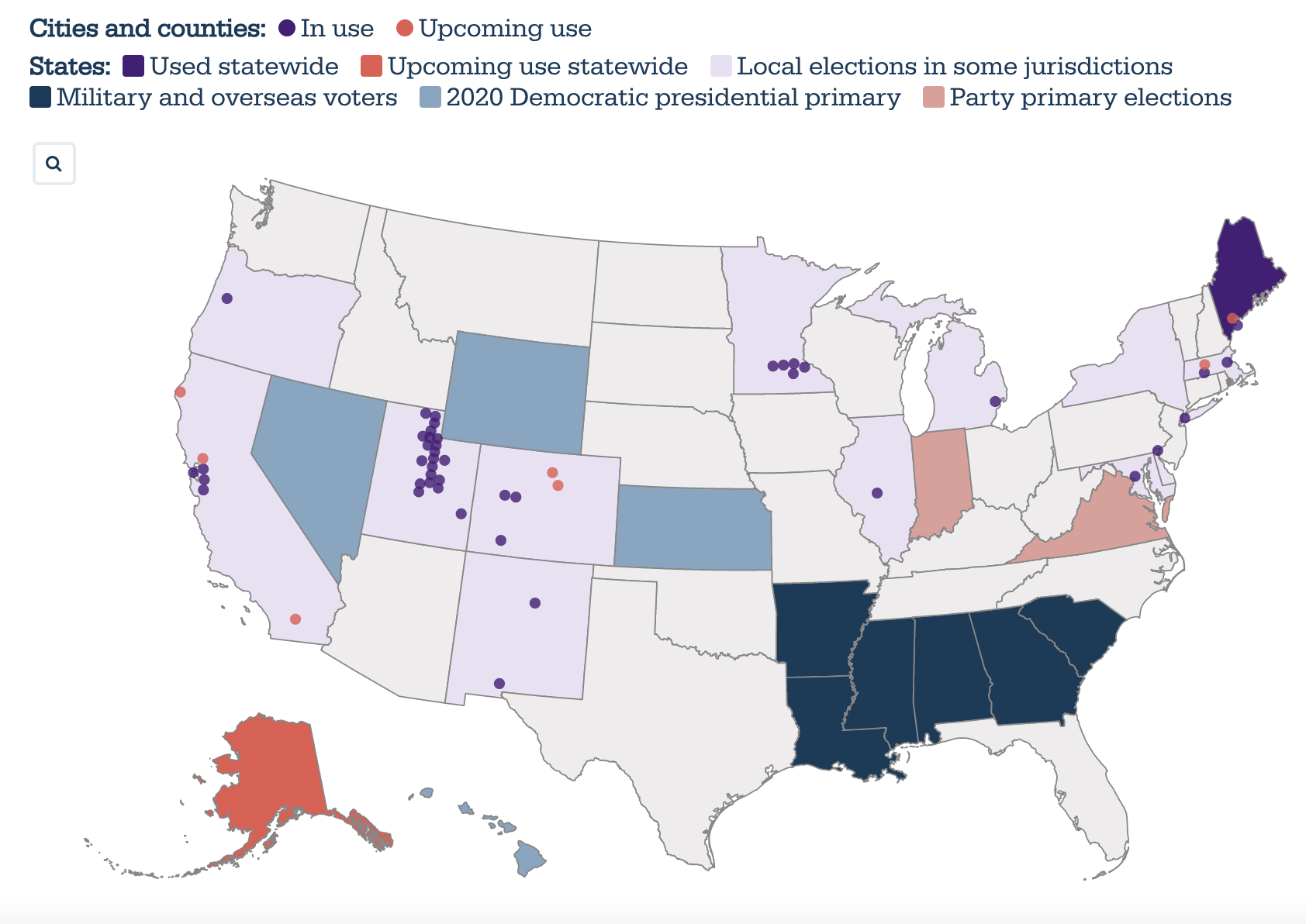